A Complete Guide to the Golden Dox: A Dachshund Golden Retriever Mix

Many people love mix breeds. Among the most popular designer dogs is the dachshund golden retriever mix. It’s also known as the golden dox.

But while many love the golden dox, there are those who believe it’s an unethical mix. After all, the dachshund and the golden retriever are different from each other. These people believe it’s hard to mate these breeds because of their size difference.

Still, many reputable breeders guarantee the safety of the parents when breeding. That’s why more people are getting this designer dog. But will it work for you?

Unlike purebred dogs, the appearance of hybrid mixes is hard to predict. It’s rare to find a 50% dachshund and a 50% golden retriever. Most of the time, the pup will look more like one of its parents.

But golden doxies often get the infamous coat of golden retrievers. They also normally get the physique of the dachshunds, only slightly taller and shorter.

The size and weight of golden doxies have a wide range. That’s because of the stark difference in the size of their parents. But these dogs are normally medium-sized dogs.

Male golden doxies are a little taller than their female counterparts. They stand at 16 to 24 inches and should weigh around 30 to 60 pounds. Female dogs reach 12 to 24 inches at the shoulders and have the same weight range.

Golden doxies normally get the dense coats of the golden retriever. It could range from straight to wavy and has a medium length. But colors can vary.

While other pups have the same golden coat of the golden retriever, others don’t have. It could happen to pups of the same litter. They can be black, tan, fawn, or red. It’s also possible to have a dog with a mixture of two of these colors.

Golden doxies are believed to have been first bred in the 1980s in the USA. This hybrid mix was apparently bred for a healthier version of the parent breeds.

The mix is a newer breed than either of its parents. Here are the stories of origin of both the dachshund and the golden retriever. Dachshunds were originally bred in Germany as badger dispatchers. Their unique and distinct physique was customized for this job. These dogs have a low and long body to dig through badger nests with ease.

This breed was admitted to the AKC Stud Book in 1885. 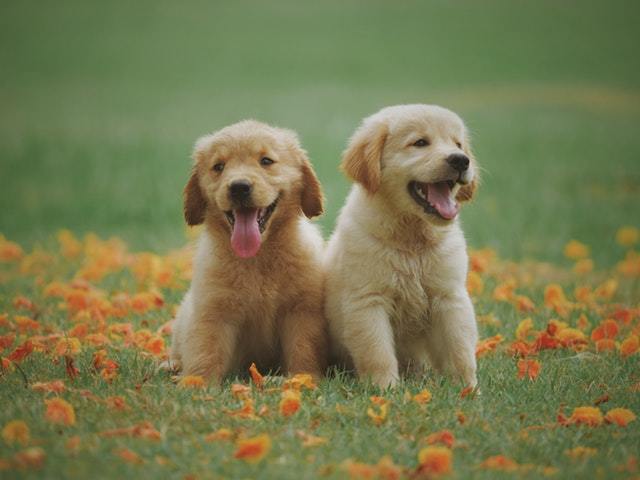 Dudley Majoribanks was the first Lord Tweedmouth. He’s also the person we have to thank for our lovely goldies. Lord Tweedmouth wanted to create the ideal gundog for one of his estates in Scotland.

He kept trying from 1840 to 1890 to achieve his goal. He ultimately bred his “yellow retriever” with a now-extinct breed: the Tweed Water Spaniel. The bloodhound and the Irish setter was also added.

The golden retriever first wowed the world in a British show in 1908. Soon after, people who fell in love with the breed’s beauty began getting one. Since then, goldies became a well-loved American family pet.

The golden dox is an intelligent dog, thanks to its parents. But while it can easily learn commands and tricks, it can be stubborn. It got its stubbornness from the dachshund.

Besides being stubborn, intelligent dogs usually lose focus quickly. You have to be imaginative with your training. But you also have to ensure your technique is consistent. Otherwise, you’ll find it hard to train them.

Positive reinforcement always works with any dog. Never punish and treat them harshly to avoid unruly behavior and disobedience.

Both the dachshund and the golden retriever are active dogs. That means this hybrid mix is also energetic. They will need exercise to keep them fit and healthy and to avoid hyperactivity. Spend around 30 to 60 minutes exercising with your dog daily.

Besides physical exercises, make sure they’re mentally stimulated as well.

The temperament of a hybrid dog is hard to predict as much as its appearance. That’s because it came from two different dogs with different personalities.

If there’s one certainty, it’s that golden doxies are loyal, affectionate, and playful dogs. Both its parents are. This designer dog is a people pleaser and will do anything to keep your attention on them.

Overall, golden doxies are amazing family pets. They tolerate kids and are gentle with them. They’re also good with other dogs. But while they can live harmoniously with other pets, they have a high prey drive. They’ll likely chase anything smaller than them.

Due to their high-energy level, your dog needs a well-balanced meal. Feed them high-quality dry dog food and split it into two or three feedings a day. You can ask the vet for the proper and customized feeding plan.

The food you choose should be rich in protein. The source should be an animal source and should be the first ingredient listed. Additional nutrients are welcome.

There are age-specific dog foods available.

Additionally, ensure they have constant access to clean water.

The golden dox has an average life expectancy of 12 to 14 years.

Here are the most common health issues that affect the golden dox:

Bring your dog to the vet regularly to track their health.

Your dachshund golden retriever mix has minimal to moderate shedding every year. But despite that, they need to be groomed often. If possible, brush their coat daily or at least a few times a week.

Brushing helps maintain their coat and avoid matting and tangling. It can also help when they shed.

Clip your dog’s nails if necessary. You should also check their ears and clean it regularly to avoid infections. Most of all, brush your dog’s teeth daily as dachshunds are prone to dental problems.

Visit a professional groomer at least once in two months. They can help maintain your dog’s coat and overall appearance.

Dachshunds can deliver one to six puppies. Meanwhile, golden retrievers have an average of eight pups. Litter sizes can be between four and 12 pups.

The average cost of a golden dox pup depends on where you got them. Reputable breeders are more expensive. You can normally get a pup from $500 to $1000.

You may also visit the local shelter and try to find a golden dox in need of a new home.

Since the golden dox is not purebred, major kennel clubs don’t recognize it. But it is registered on Dog Registry of America (DRA).

Getting a dachshund golden retriever mix is something you won’t regret. These dogs are perfect family dogs. But ensure that their needs are always met.