The Apple Head Chihuahua is probably the most popular type of Chihuahua that you often see in dog shows, movies, and TV shows. Moreover, this type of Chihuahua may come in either long-haired or short-haired variations. Let’s find out more in this article.

Apple headed Chihuahuas are probably the most sought after Chihuahua variety. Moreover, show type Chihuahuas mostly have apple heads. These types of Chihuahuas are called apple heads because their huge heads and short snouts somewhat resemble the shape of an apple. In Chihuahuas, this type of head is also called an “apple dome” skull.

Based on the Chihuahua show dog standards of the American Kennel Club, Chihuahuas are supposed to be well-balanced dogs less than 6 pounds. Moreover, they are supposed to stand 5-8 inches tall when they reach adulthood. They come in a wide variety of colors and 2 different coat types namely, the short coat and long coat.

The counterpart to this variety of Chihuahua is the deer head variety. The primary differences between these two varieties are the head shape and snout size. Besides, deer headed Chihuahuas are slightly larger than the apple heads. So, if you are looking for a teacup Chihuahua, then you often find them in the apple head variety.

Dogs that resemble a modern-day Chihuahua were initially seen in older civilizations. However, due to the trade routes in certain areas, the dogs were usually included in the trades, too. The Toltecs were known to have dogs called Techichi which looked like larger modern-day Chihuahuas. In the 12th century, historians recorded that the Techichi was later on improved by the Aztecs that conquered the Toltecs. By the 1500s the Techichi became an important part of the Aztec culture that there were folklores involving them.

Since the 1940s, they have become very popular due to their numerous TV and movie appearances. Besides, celebrities often carried these tiny dogs in events. Also, Chihuahuas has gained more popularity in minor league baseball wherein a team was named after the breed.

Chihuahuas with apple heads are fairly smart. However, being smart doesn’t immediately mean that a Chihuahua is easy to train. To motivate an Apple Head Chihuahua, positive reinforcement has to be used to encourage training.

Despite the small size and fragile physique, they can be vicious and nasty if left untrained. Basic obedience training is essential for any dog and these Chihuahuas are no exception. Numerous behavioral problems can be avoided with proper training. 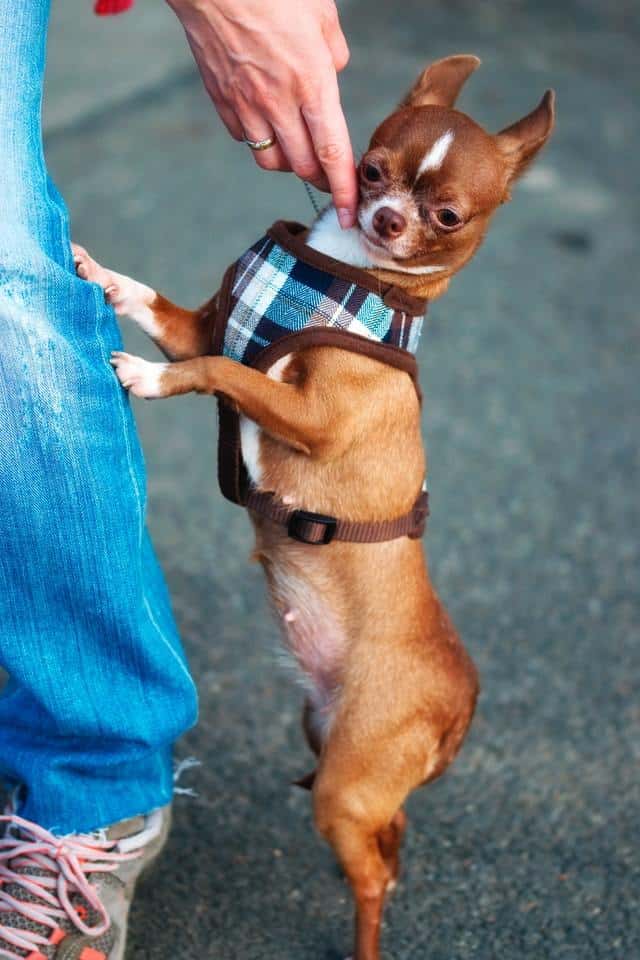 If you are planning to get a Chihuahua as an additional pet in the household, you have to get a puppy and socialize it with your other pets at a very young age. Moreover, if you have cats, a Chihuahua may get along with them well, but they have to be introduced to each other properly. It might be better if your cat and Chihuahua grow together for more harmony in the household.

Feeding the Chihuahua might seem like an easy task because of their small size and small food portions. However, this is exactly why you need to take extra care in selecting food for your dog. Apple headed Chihuahuas eat less, so they have to get the right nutrition to form small amounts of food. Hence, you need to select nutritious food for your dog at all times.

Not all dog foods are created equal, so you carefully have to pick what is best for your Chihuahua. However, you might want to avoid these dog food brands because they aren’t going to be beneficial for your Chihuahua’s health. Also, you have to avoid giving any human foods that aren’t safe for dogs. For the tiny Chihuahua, a small amount of toxic food might easily kill them. 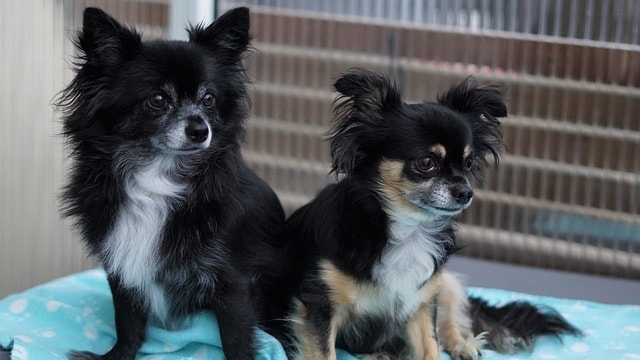 Chihuahuas can make great pets if they are cared for properly. Moreover, as a responsible pet owner, you are in charge of your Chihuahua’s health and well-being. Caring for an Apple Head Chihuahua is quite simple since they are still dogs that require similar care. However, due to the small size of Chihuahuas, they are more prone to certain health issues and injuries that you have to be aware of.

The life expectancy of a Chihuahua is 14-16 years. However, it can be shortened or prolonged depending on the care that you are providing your Apple Head Chihuahua. Furthermore, some illnesses are congenital for the breed and this may significantly shorten their lifespan.

They have been recorded to live for up to 20 years if given the proper care. Also, if any health problem emerges in their lifetime, early detection and intervention may prolong the life of your dog. Moreover, certain diseases may also be prevented with regular vaccinations.

As a purebred dog, the Chihuahua breed a whole is predisposed to certain health risks. However, some of these might be avoided with responsible breeding practices and proper care. Also, due to the small size and delicate head of this Chihuahua, they are more prone to injuries, so they have to be handled with care at all times.

Apple headed Chihuahuas are predisposed to the following health conditions:

The big heads of this Chihuahua have a soft spot called the molera. Moreover, due to their short snout, they are more prone to breathing problems and temperature regulation problems that may lead to heatstroke.

This type of Chihuahua comes in short-haired and long-haired varieties. This means that these different coat types may need different grooming needs. Nevertheless, all Chihuahuas need the best shampoos.

Short-haired Chihuahuas only need occasional bathing and brushing. On the other hand, long-haired Chihuahuas need to be bathed at least once a week and brushed 2-3 times a week. Therefore, the long coat Chihuahua needs more time and effort when it comes to grooming. But, if you are truly dedicated to caring for your Chihuahua you might not notice their different grooming needs very much.

Chihuahuas often give birth to 1-3 pups per litter. However, due to the size of their heads and tiny physique, they are more likely to need a caesarian section when giving birth to a litter. It is very rare for a Chihuahua to give birth to more than 3 puppies in a litter.

The typical price of Chihuahua puppies in the US range from $500 to $2000. However, some breeders declaring their Chihuahuas as teacups sell for a bit higher than that. Also, champion pedigree and show dogs are more expensive than pet quality dogs. This price is only for a puppy, but vaccinations, pet needs, and veterinarian visits are not yet included in this cost.

This is a purebred dog that is recognized by major breed organizations in the US and UK. Moreover, the apple head in a Chihuahua is a desirable trait which allows a Chihuahua to qualify in standard breed dog shows and other activities organized by these kennel clubs:

If you are looking for a small dog to keep you company, these might be your best bet. Moreover, they are easy to maintain due to their small size. The Apple Head Chihuahua might be the breed for you if you want an affectionate dog with a huge personality while in a small package.