One of the mysteries of owning a dog is knowing whether they are self-aware. It’s being able to recognize yourself as an individual. It’s also about being familiar with your unique traits.

Humans are self-aware and so are other animals, specifically chimpanzees. But are dogs self-aware? Are there any way to prove that they are or they aren’t?

Testing an animal or even a person’s self-awareness is possible. A psychologist named Gordon Gallup created this infamous test. This is known as the mirror self-recognition (MSR) test, which was developed 40 years ago.

Gallup used chimpanzees for the first experiment. He let them see themselves in the mirror first. After that, he painted their eyebrow ridge as well as the top of the opposite ear. When they faced the mirror again, they touched the marks on their bodies.

Chimpanzees passed the test with flying colors. But there were other animals that underwent the same test throughout the years. There were Asian elephants, bottlenose dolphins, manta rays, and orangutans.

All these animals were able to pass the test. But the results were mixed when it came to gorillas.

With the test in mind, will dogs pass this self-awareness test?

If we are to use the MSR test as the only credible source, dogs will fail and it will show they aren’t self-aware. Almost any dog will react to their own reflection in the mirror as if it was another dog.

These kinds of behaviors have been seen in many dogs. A majority of dog owners will likely attest to this.

That is why many scientists believe that dogs aren’t self-aware. They are unable to recognize themselves in the mirror.

But if you were to ask several other people, a few other tests would suggest otherwise.

A 2016 research study known as the sniff test. This time, dogs were subjected to their own urine and a few other objects. The goal is to know whether dogs recognize their own scent. 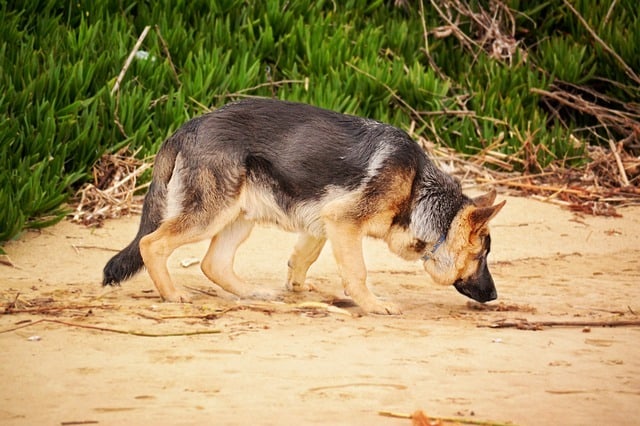 This study was successful. The study found dogs spent less time sniffing their urine compared to another dog’s.

Dog cognition expert Alexandra Horowitz used this knowledge to do another test. This was a novel design of Gallup’s MSR test based on smell.

Dog participants were exposed to different canisters. These contained water, their own urine, another dog’s urine, their modified urine, and the modifier. Horowitz used different modifiers for several trials.

One of the trials used a diseased spleen sample as the modifier. They used anise for the next.

The study did prove that dogs spent less time on their urine. They also spent more on other dog’s urine, their modified urine, and the modifier. This showed dogs recognized something was wrong with one of their urine samples.

Horowitz has a strong logic to use a dog’s best sense. Primates are rather visual animals. Their strongest sense is their sight. Canines are different as they focus more on their auditory and olfactory senses.

When putting this in mind, it’s no wonder dogs failed the MSR test. Meanwhile, Horowitz was able to come up with a more successful result.

A professor emeritus at the University of Colorado did the same. Marc Bekoff created a self-awareness test that was specifically made for dogs.

He used his own dog, Jethro, during a series of experiments. He was then able to find out that his dog does what is his own.

For example, Jethro was aware that he or another dog lifted a certain leg. The study also showed that Jethro was a little more interested in his handiwork. It also proved that dogs do sniff their own urine less than others.

Based on Bekoff’s research, he concluded that dogs have a degree of self-awareness. He used the terms “body-ness” and “mine-ness” to describe this awareness in dogs. 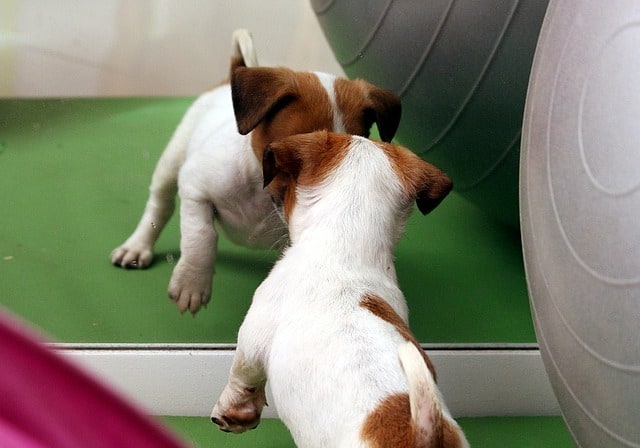 But for now, their self-awareness will remain a mystery. While there are several tests that have shown promising results, we still need more.

Are dogs self-aware? Many people have different answers to this question. Some will believe they are while others won’t. To convince everyone, we might still need more tests and more definitive answers.