Boxer Dog Will Not Listen: What Can I Do?

The boxer is a very popular dog breed in the US. Moreover, there are numerous reasons behind their popularity, such as their versatility and trainability. But, what should you do if a boxer dog will not listen? Boxer dogs are often eager to please their owners. However, in some instances, they can also be stubborn. Let’s find out more about boxers in this article.

Boxer dogs are seldom stubborn. However, every dog is different and some might be more stubborn than others. According to the American Kennel Club, boxers are easy to train and they have an outgoing demeanor. Generally, boxers aren’t stubborn, but they are bright enough to know when they can get away with various stuff.

Most dog owners would tolerate some disobedience to some extent. However, if disobedience is tolerated consistently, this can lead to bad behavior and stubbornness in boxers. They are very smart that sometimes they can manipulate their owners into tolerating their disobedience.

All dogs can be stubborn if they are not trained properly at an early age. Obedience practice is important during puppyhood to avoid stubbornness. The boxer is no different. Boxer puppies can be cute and irresistible, but during training, you have to be calm and assertive around them. 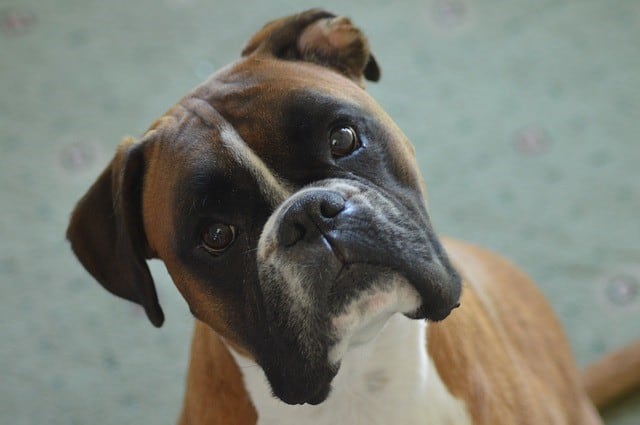 Boxer dog will not listen

A boxer dog may not listen the boxer has the upper hand during training. Moreover, the boxer is smart enough to determine whether they can manipulate their owners or not. Dogs can somehow sense if their owners are allowing them to have their way. The same goes for the courageous boxer which is an intelligent dog.

Boxer puppies may sometime be more stubborn than adult boxers. After all, puppies lack the obedience training that adult dogs may have already gone through. However, boxer puppies are easier to train because they are usually drawn into their favorite food or toys. If a puppy will not listen, offering food or toys might get them to listen.

If you are still experiencing difficulty in getting your boxer to listen to you, other helpful tools are available to get your dog back on track. A popular tool for dog obedience is a training collar. These collars would vibrate or send mild electric shocks that can get the attention of the dog during training.

If your boxer still refuses to listen to you, you may get in touch with a professional dog trainer. However, stubborn behavior is not innate in the boxer. You might want to identify the root cause of the behavior to address it properly. It is rare for boxers not to listen to their owners.

Training a dog requires balance. Moreover, you have to understand the things that your dog likes or dislikes. The key to successful training is positive reinforcement. But, sometimes dog owners mistake positive reinforcement to spoil their dogs too much that boxers may become too stubborn to even listen to basic commands.

Boxer dogs are supposed to be easy to train because they are bright and eager to please their owners. However, when they are not provided with the right reinforcements, a boxer may eventually have behavioral problems, just like any other dog. Moreover, training mistakes in boxers may lead to aggression or panic attacks.

Some rescue dogs have developed behavioral problems through the years due to the neglect or abuse that they have experienced in the hands of humans. However, they are usually rehabilitated in various rescue centers before they are potentially rehomed. Nevertheless, they may perceive humans differently and may refuse to listen to basic commands or even recall.

If you plan to rescue a boxer or obtain a puppy to raise with your family, you have to keep in mind the various factors that affect the trainability of the boxer dog. Rescue boxer dogs might be more stubborn than puppies. This is due to their past experiences with humans that make it difficult for them to trust people once again.

Rescue boxers are still trainable, but you have to use positive reinforcement without physical punishment at all times. It might be difficult at first, especially once you learn about the past of the dog that you rescued. However, in training a boxer, you have to be assertive at all times.

Boxer puppies are relatively easier to train since you’ll be raising a puppy to adulthood, you can teach them good habits earlier in their life. Moreover, they do not have bad experiences behind them, so they would approach anything out of curiosity and respond to any command happily. 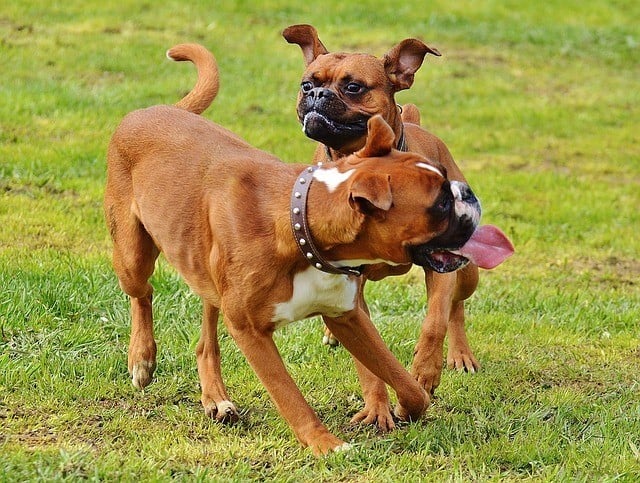 Reasons why a Boxer dog does not follow commands

Boxer dogs are very loyal and protective companions. Moreover, they will protect you with their lives when the need arises. However, doing things on command might be another story for a pet boxer. Sometimes, it takes more than food and toys to convince your boxer to do a specific command. It might even work if you make them feel that the command is most beneficial for them. Different dogs may have different learning styles.

If a boxer dog or puppy refuses to do certain things that you tell them to do, you might want to know the reason behind it. Here are some of the common reasons why a boxer dog would refuse to follow even some basic commands:

If a boxer dog will not listen, then you have to identify the reasons behind it. Moreover, you also have to know the training style that may work for your boxer dog. Luckily, boxer dogs are seldom stubborn so you can expect your boxer to listen to you more times than not.