Dogs are adorable little creatures. But perhaps the cutest dog breed you’ll see is the Corgi Husky mix which is otherwise known as Horgi, Corgski, or Siborgi.

While the names may not be as appealing, they surely are one of the cutest dog breeds you’ll see. Once you see a picture, you might want to buy or adopt one as soon as possible.

However, it’s important to know whether a Corgi and Husky mix is the right choice for your family. Here’s everything you need to know about this adorable half-breed. 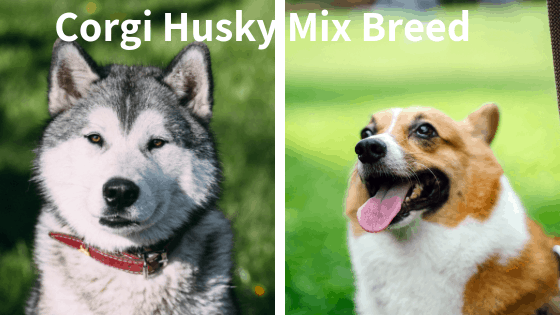 The appearance of Horgi pups can greatly vary even within the same litter. The difference will be even greater especially when you breed two very different breeds. That said, one pup may look more like a Husky and the other more of the Corgi.

However, there’s a special thing about Horgi designer dogs.

They normally have the legs of their Corgi parent and the face and coat of the Husky. Anyone who wants to have a Husky but can’t keep up with adult purebred Siberian Huskies can definitely make Horgis an option.

Since there’s a great difference between each pup, the range of Horgi’s weight is rather great as well.

An adult Corgi and Husky mix breed can weigh from 20 to 50 pounds. The more closely a pup leans towards its Corgi DNA, the smaller they are and vice versa.

But due to their Corgi legs, they normally just stand from 12 to 15 inches only. This is smaller than the average height of an adult female Siberian Husky. Still, they are considered as medium-sized dogs.

The color can also vary. Forecasting what color the pups can be tough since they can go after the Corgi’s color or the Husky’s.

A Horgi pup could have tan, red, sable, and fawn coat color that’s common with the Corgi. Or they can have black, grey, white, or blue coat from the Husky.

Designer dogs haven’t been around for so long. That’s why there are little to no information with regards to who first bred them or where they first appeared. This is the same as the Horgi.

But to know more about the breed, let’s take a look at its parents.

Here’s the history of both the Siberian Husky and the Corgi.

The Siberian Husky is one of the most popular dog breeds of all time.

The Chukchi people of Siberia originally bred these dogs. Since the tribe is isolated from the world, they were able to maintain the breed’s purity for generations. However, Siberian Huskies were brought to Alaska in the early 1900s for sled racing.

It wasn’t until 1925 when the breed caught the world’s attention. Leonhard Seppala is a legendary musher traveled with Siberian Huskies pulling a sled for 658 miles for only five and a half days. They brought with them a serum to Nome, Alaska where an epidemic had broken out.

Balto was the leader of the last run of the “serum run” and is considered as one of the most iconic hero dogs of all time.

The American Kennel Club had then recognized the breed in 1930.

The Pembroke Welsh Corgi came from short-legged dogs from southwestern Wales in 1107. These dogs were used to herd both sheep and cattle.

But it is believed that the Corgi ancestors came from the Flemish and Vikings weavers. They brought the dogs with them as they settled in Wales. Since then, these dogs have been helping livestock farmers in herding different animals including geese and ducks.

It was in 1925 when the Pembroke Welsh Corgi along with its cousin the Cardigan Corgis appeared together in a Kennel Club show in Britain. They were then recognized by the Kennel Club in 1928 as one breed but were soon separated in 1934.

Out of all Corgi enthusiasts, Queen Elizabeth II is perhaps the most known.

Unfortunately, Husky Corgi mix pups can be challenging to train. But it’s not about their smartness as both Huskies and Corgis are very smart dogs.

It is more when the pup takes more of its Siberian Husky DNA. For a pack of huskies, dominance is important to get everyone to obey. That said, your Horgi can be stubborn when they have a predominant Husky side.

New dog parents may need the help of professional dog trainers. But the key to making them obey you is to assert dominance. You don’t and shouldn’t be physical with them, but you need to have the confidence of alpha to get them to follow you.

If your Horgi is more like a Corgi, then they are much easier to train but may still have a streak of stubbornness. Positive training with treats and praises can help.

Once you have a Corgi Husky mix dog, moderate exercise like a few minutes of walks and runs is good. You can also play with them on your backyard with a good old game of fetch.

But more than physical exercise, your Horgi also requires mental stimulation to keep them sharp and alert.

The Horgi is a great family pet, especially with its friendly and loyal personality. They’re great to have a companion in the house as they do well with children. Even with minimal social training, they have a rather trusting temperament even with strangers.

Although not the best guard dog, they are alert and sharp. It’s simply their appearance that doesn’t intimidate others.

Your Husky Corgi mix pup will need to have a balanced diet especially when they can easily gain weight that can lead to obesity. It’s always good to have a plan on when they should eat and how much. Occasional treats are okay as long as you don’t overfeed them and they get exercise daily.

On average, an adult Horgi dog weighing 30 pounds will require around 900 calories per day. You can split that into two meals a day. For pups, the ideal feeding plan is to let them eat 3 to 4 times a day until they are 6 months-old.

It’s also essential that you buy them a high-quality dog food that’s high on protein.

Plus, don’t forget to have steady and easy access to clean water throughout the day.

The average lifespan of a Corgi and Husky mix dog is 12 to 15 years.

It is important that breeders don’t use sick dogs as the pups will instantly catch anything their parents have. For families, make sure you bring your pet to a trusted vet for check-ups. Also, make it a habit to have them vaccinated to avoid certain types of diseases.

The Corgi Husky mix designer breed has a thick coat, and they shed rather heavily. If you’re allergic to fur, the Horgi may not be the best fit for your family.

To keep their fur healthy and to help ease the shedding a little, brushing their coat is essential. You can brush their fur once a week during summer days and daily during the winter. This also makes sure their coat is manageable and to avoid tangles and matting.

Bathing is also essential, but it could depend on how thick their coat is. Some can make do with a bath once every two months or so. But others will require a bath once a month.

Also, toothbrush avoids plaques, and it’s essential to do it once a day. You may also want to clip their nails if you have any experience. But new fur parents should leave this job to the pros as they can get injured if you don’t know what you’re doing.

Newborn pups will need their parents for at least a couple of months or so. It’s also important that they don’t get out as soon as they are born to at least six to seven weeks to avoid getting sick.

You can then start potty training them and letting them play for a little while outside at around eight weeks.

They may also need a little spot in the room so make sure you have a clean area with their toys and is comfortable with quick access to food and water.

Getting a Corgi Husky mix puppy could cost you $300 to $800 for one. However, some bigger and more reputable breeders can up the price to $1000.

You may also try the local shelter to see if they have a Horgi dog you can adopt for free.

Any major Kennel clubs don’t register designer breeds. However, the Horgi hasn’t also been registered to any other breed organizations yet.


The Corgi Husky Mix is one of the most interesting mix breed combinations out there. When you adopt one, you get the best of both worlds – a beautiful Husky form with an adorable Corgi appearance as well.