The Deer Head Chihuahua is a variation of Chihuahua that has an extended muzzle. Moreover, this type of Chihuahua is less likely to encounter breathing or temperature regulation problems. In Chihuahuas, deer heads have a very different appeal compared to their apple head counterparts. Let’s find out about this Chihuahua breed variation in this article.

Chihuahuas can come in 7 different types. However, the deer head is the one with a distinct head appearance that sets it apart from other Chihuahuas. According to the American Kennel Club, Chihuahuas are supposed to weigh below 6 pounds and stand 5-8 inches.

The deer head Chihuahua has a slightly different physique compared to the other Chihuahua varieties. Oftentimes, they have long bodies, longer snouts, lengthy snouts, and narrower heads. Also, they may come in either a short coat or long coat that may vary in color.

When a Chihuahua has a deer head, it may be a purebred dog, but it doesn’t necessarily conform to the breed standards set by various kennel clubs. However, this doesn’t indicate an undesirable appearance. It is just that show judges prefer the apple head versions of the breed and it is believed that the deer head of a Chihuahua is a fault. Nevertheless, this type of physique might prevent certain health problems.

It is believed that all Chihuahuas descended from the Techichi dogs of the Toltecs more than a thousand years ago. However, due to various trading routes and wars that occurred during that time, it became very difficult to trace the origins of the Chihuahuas. Nowadays it is believed that the deer headed Chihuahuas were brought to America from the State of Chihuahua in Mexico where the breed got its present name. 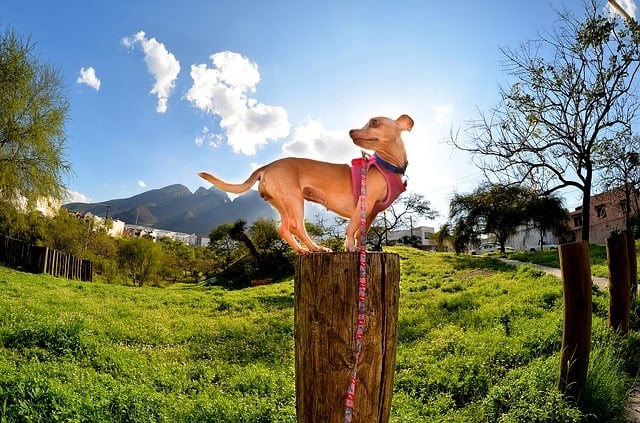 Whether the Chihuahua has either an apple head or a deer head, it does not affect the overall trainability of the breed. Moreover, the head size doesn’t significantly mean that either type has a larger brain. You may train a deer headed Chihuahua and an apple head Chihuahua the same way. However, during training, you may notice some slight differences in individual dogs, due to their uniqueness. Nevertheless, positive reinforcement almost always works for Chihuahuas in general.

They might be small, but they don’t fall short when it comes to personality. Moreover, they might look cute and cuddly at first, but Chihuahuas can get really feisty if provoked. A Chihuahua may not back down easily once challenged. This might also be a manifestation of their “small dog syndrome”.

Generally, in Chihuahuas, sex plays a role in their temperament. Males are known to be more loyal and affectionate compared to females, while it has been observed that females are calmer than males. Therefore, if you need a good lap dog, you might want to own a female, but if you want more affection from your dog, you might want to opt for a male.

As small dogs, the deer head Chihuahua eats a lot less than other larger dogs. So, it is important to provide dog food that provides the right nutrition for the breed and avoid horrible dog food formulations. Since Chihuahuas eat small portions, it is very beneficial for your dog if it only ingests healthy food and avoids human foods that are unsafe for dogs.

As a responsible pet owner, you have to be aware of your pet’s health, lifespan and whether or not your dog needs specific care. The Chihuahua is a very small dog that may suffer from health issues if left unchecked. Also, avoiding puppy mills when buying a puppy might save you from huge vet bills if you purchase an unhealthy puppy, you have to bear in mind that the Chihuahua is susceptible to various health problems, too.

All types of Chihuahuas are expected to live an average of 14-16 years. However, it is not rare for Chihuahuas to live up to 20 years. Moreover, the deer head variety of Chihuahua is less likely to encounter certain health problems that the apple head Chihuahuas are more susceptible to.

It is possible that Chihuahuas may live longer if they are vaccinated on schedule to avoid certain diseases. Moreover, with the proper diet and exercise, the health may be maintained, so life might be prolonged. Also, if you encounter the first sign of health problem and you get it checked by a veterinarian right away. Early detection may help your deer head Chihuahua if the illness may be reversed.

There are some diseases that Chihuahuas are more prone to, as a purebred dog. However, with proper breeding practices and the right tests, some of these health problems may be avoided or detected early to potentially reverse. The Chihuahua is prone to fewer health issues such as breathing problems temperature regulation, so they may do well with more physical activity and weather changes.

The deer headed Chihuahua may be prone to the same health problems that other Chihuahua varieties may encounter. These are common health issues:

There is no necessary specific care for a deer headed Chihuahua because their deer-like heads make them less likely to encounter breathing or temperature regulation problems. Besides, having longer snouts is advantageous for these toy dogs. You may care for one the same way as you would care for an apple head or other Chihuahua variety. However, being a small dog, the Chihuahua is fragile and may be prone to injury if they hit hard objects or fall. 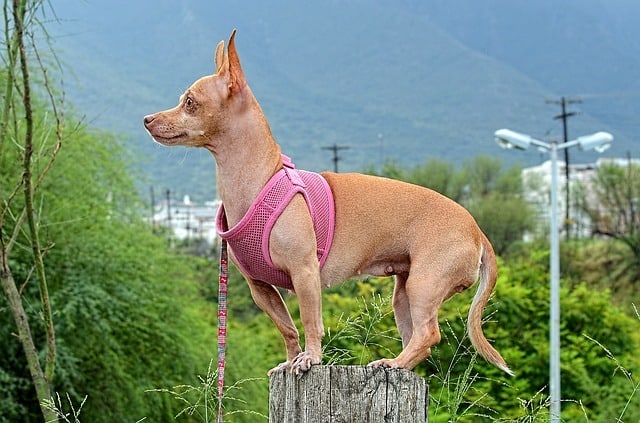 Depending on whether you got the short-haired or the long-haired Chihuahua, their grooming needs might be slightly different. Besides, having longer hair may require more grooming than shorter hair. There are even some shampoos that are most beneficial for Chihuahuas.

Generally, the Chihuahua is easy to maintain due to its minuscule size. However, if you want an already low-maintenance dog to be easier to care for, opt for a short-haired Chihuahua to further minimize the grooming efforts needed for the dog.

They are slightly larger than other Chihuahua varieties. So, it may give birth to more puppies in a single litter compared to their slightly smaller counterparts. Deer headed Chihuahuas may give birth to 1-6 puppies per litter depending on the health of the female breeder dog. Once you have decided to get one, you might want to visit the breeder before making a purchase and try to avoid puppy mills that breed dogs in inhumane conditions to avoid health or behavioral problems of your puppy in the future.

The typical price of deer head Chihuahuas in the USA may range from $500-$2000. The coat type may also affect its price, hence the range.

Chihuahuas may be used in certain breed mixes to create desirable designer dogs. Moreover, the small size of the Chihuahua makes it a likely candidate in creating smaller designer dogs that are highly sought after. Here is a complete list of designer dog Chihuahua mixes. However, among them the following mixes are most popular:

The deer headed Chihuahua is also a purebred dog. However, it is not a Chihuahua variety that is regarded as “show type”. Nonetheless, it remains a lovable dog that can keep you company for a long time. Besides, they are less likely to develop health issues that are known to be common with Chihuahuas.

If you want a Chihuahua that is less prone to breathing problems and temperature regulation problems, the deer head Chihuahua might be the breed for you. However, if you plan to compete in breed standard dog shows, they might not be qualified. Nevertheless, they might be the dog companion that you’ve been looking for.