Not much is known about this mix. The best way to figure out what this crossbreed will be like is to take a look at all the breeds in the cross.

You should also take note that a crossbred dog like this isn’t always bred from a purebred German Shepherd and a purebred Greyhound. Some are the result of multigenerational crosses. 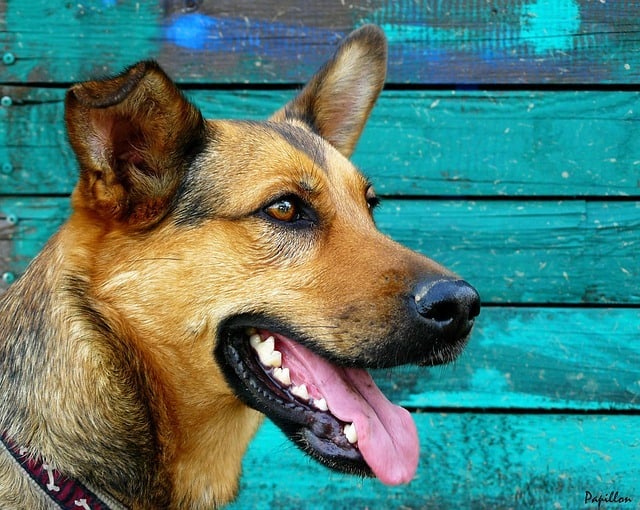 Some Mixes more closely resemble German Shepherds while others look more like Greyhounds that have a bit more fur. Like their parent breeds, these crossbred dogs are medium to large-sized.

German Shepherds are normally either black/tan or black/red. Rarely, they can also be pure black, sable, pure white, or variations of blue. Their coat is dense and thick.

Meanwhile, Greyhounds have very short fur and can come in about thirty different color variations, including white, black, fawn, brindle, red, and gray.

German Shepherds were initially developed to herd sheep. These dogs are known for their intelligence, strength, and trainability. They can be trained for various kinds of work, including in search-and-rescue, disability assistance, police, and military.

Greyhounds, on the other hand, are thought to have arrived in the British Isles sometime between the 5th and the 6th centuries BC. Compared with German Shepherds, this breed is ancient. Greyhounds are believed to have originated in Celtic mainland Europe.

Greyhounds were valued for their keen eyesight and were primarily used for hunting and coursing. They are close relatives of herding dogs.

Greyhounds have long been praised as one of the most elegant breeds in the canine world. Today, they are bred primarily for Greyhound racing and as family pets.

It can be hard to tell whether this hybrid will be easy to train or not. In this aspect, the two parent breeds are on opposite ends of the spectrum. While the German Shepherd is famously easy to train, the Greyhound is easily bored and takes a bit more patience and effort to train.

German Shepherds are highly intelligent, hardworking, and form strong bonds to their people. If you want to train a German Shepherd, reward-based training and consistency are key.

Meanwhile, training Greyhounds can be somewhat tricky, especially if you’re not familiar with their temperament. Greyhounds are more independent and sensitive than other dog breeds and need a gentler approach during training.

Like its parent breeds, it will likely be an affectionate, intelligent, brave, and loyal companion. Because both the German Shepherd and the Greyhound are highly active, you can expect their offspring to be quite rowdy and playful.

Like the Greyhound and the German Shepherd, it will also probably be aloof with strangers but will quickly warm up to its new owners. Both of the parent breeds are considered wonderful family pets and make great companions for children, as long as they are socialized and exposed to children and small animals from an early age.

German Shepherds are moderately active but are also perfectly content spending part of their day being lazy. While Greyhounds are incredibly fast and possess impressive athletic abilities, they are also docile, easy-going, and love napping and being couch potatoes.

Both Greyhounds and German Shepherds have quiet dispositions and enjoy the company of their owners and other pets.

As with any other dog breed, a German Shepherd Greyhound Mix needs high-quality dog food that is appropriate for its age. You shouldn’t give your pets table scraps because these can cause gastrointestinal issues, especially if there are cooked bones or overly fatty foods.

While each dog has its own dietary requirements, avoiding ingredients that can lead to excessive weight gain is always best. Overweight dogs are prone to developing elbow and hip dysplasia, as well as other health problems.

When you buy dog food, avoid those with grains, as these can lead to the development of bloat, a condition that can be fatal in dogs. Look for dog food that contains chondroitin and glucosamine supplements. These can help reduce bone and joint issues.

Because of their speed and athleticism, Greyhounds require higher calories and protein than other breeds. If you are buying food, get dog food with a single source protein as the primary ingredient.

Both German Shepherds and Greyhounds are long-lived and generally very healthy breeds.

As for common diseases, we can probably expect the mix to be prone to the same diseases as German Shepherds and Greyhounds. These diseases include:

German Shepherds are prone to an inherited bleeding disorder called Von Willebrand disease and a degenerative condition of the pancreas called exocrine pancreatic insufficiency (EPI). Meanwhile, because they lack an undercoat, Greyhounds are susceptible to extreme heat and cold.

These Mixes need to see the veterinarian on a regular basis for these tests:

The German Shepherd’s double coat is made up of a coarse outer coat and a soft undercoat. This breed’s fur only requires a quick brushing every other day or so. These dogs don’t really shed much, except for a short period once or twice a year.

Meanwhile, Greyhounds have a smooth, short coat that doesn’t really need brushing. These dogs can do with a rubdown with a hound glove or a damp cloth every week or so. Both German Shepherds and Greyhounds need occasional baths and regular (around once a month) trimming of their fast-growing nails.

Aside from bathing, brushing, and nail trimming, you also need to do some ear cleaning. Check your dog’s ears weekly for debris or wax buildup, which can lead to infections. For both German Shepherds and Greyhounds (and their crossbreed offspring), regular tooth brushing is necessary.

There are usually four to nine German Shepherd puppies per litter. As for Greyhounds, each litter consists typically of one to 12 pups.

Both the German Shepherd and the Greyhound are highly coveted breeds. You can thus assume that one would be quite costly.

For reference, a German Shepherd puppy sells typically for between $500 and $1,500. Puppies that are show-quality or that come from top breed lines can cost as much as $10,000.

Meanwhile, Greyhounds, which are valued for their athletic ability, usually sell for between $3,000 and $7,000. Greyhounds from exceptional lineages can cost as much as $15,000.

This hybrid is recognized by the Dog Registry of America, Inc.

Thinking of getting yourself a German Shepherd Greyhound Mix? We hope the information above has helped you figure out if this mix is a good fit for you and your household.