Heat Cycle 101: How Long Do Boxers Stay in Heat?

How long do boxers stay in heat? It’s really one of the questions you should know how to answer if you have a female boxer.

For smaller breeds, the heat cycle is something that may go unnoticed, especially when you’re a first-time dog parent. However, bigger breeds like Boxers have a more noticeable heat cycle, and sometimes it could be painful for them.

But what is heat cycle and how does it affect your Boxer? 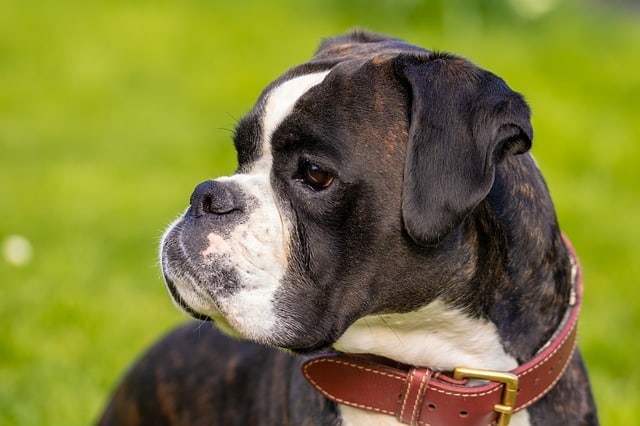 Estrus, also known as heat, is a cycle in a female dog’s life involving their reproductive system. It’s basically the time when they become receptive to mate with male dogs.

During this time, your Boxer’s estrogen level increases first and then decreases suddenly. The mature eggs will then be released from the ovaries. If you want your dog to be spayed, the most ideal time is before they enter their first heat cycle.

When do heat cycles occur?

The first heat cycle for Boxers would happen between 6 to 12 months of their life. Some are actually shocked that it can happen rather early, with some Boxer dogs actually getting their first heat when they are only 4 months old. However, it could also happen a little later at around 15 months.

Since they are able to get pregnant during the heat cycle, you should consider it possible for your dog to get pregnant at an early age. This is the reason why a lot of dog owners have their pups spayed.

How long does each cycle last?

Again, it would depend on your dog. However, a heat cycle could be anywhere between 1 to 3 weeks. As said, it can happen twice a year, with 6 months of a gap in between. Since every dog is different, you’ll get a good chance of knowing when and how long their cycle would last after they have gone through 3 cycles.

Another important thing you should know is that they could enter this cycle for the rest of their lives. Unlike with humans, menstruation and ovulation periods stop when they reach a certain age. This might be another thing you should consider if you’re thinking of having your dog spayed.

Your dog can only get pregnant during this period of time. But some owners have a hard time knowing whether they are still in heat. The best way to actually know is when they are still overly attracted to their partners or male dogs.

Apart from getting extremely attracted to their parents, there are some other symptoms you need to watch out for such as the following:

These unusual behaviors are caused by the sudden shift in her hormonal balance. Apart from these behavioral changes, you’ll also see that her vulva is swollen. There will also be a vaginal discharge that often looks like blood. Sometimes, there is actual blood — this is often their body’s way of preparing for pregnancy.

However, they won’t want to mate with any dog during the bleeding stage. This could last for 10 days so remember this if you are looking to breed your Boxer.

You’ll know your dog is ready to mate when they actually initiate sexual intercourse with other dogs. They’d often tense their rear leg, divert their tail to one side, and raise their hind quarters whenever a male dog approaches them.

What to do when Boxer is in heat 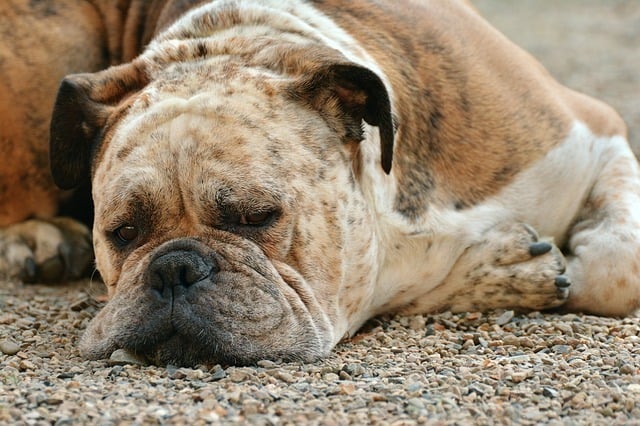 Boxers in heat can feel physical pain, especially with their swollen vulva.

Some Boxers will feel pain when they are in heat. They’ll also feel more irritable so it’s rather important to take extra care of them during their cycle. Let them rest in a quiet place and avoid disturbing them as much as possible.

You should also keep them, especially when they are discharging. Some owners put diapers so that it soaks the discharge and leave the house clean. Plus it also protects the vulva from any dirt around the house. Clean them every day, even only just around their genitals.

Lastly, you might want to keep their outdoor activities to a minimum, especially if you aren’t trying to breed them with other dogs. Male dogs could be able to smell them, especially the discharge that comes with their urine. Keep an eye on them when you’re out to avoid any problematic confrontations with male dogs.

Heat is a normal occurrence in your Boxer’s life. But it can be pretty uncomfortable for them. You can avoid this when you have them spayed or the process when their ovaries are removed. After spaying, you won’t have to worry about how long do boxers stay in heat since they won’t be having it again. The best advantage, however, is it helps decrease their chances of getting cancer.