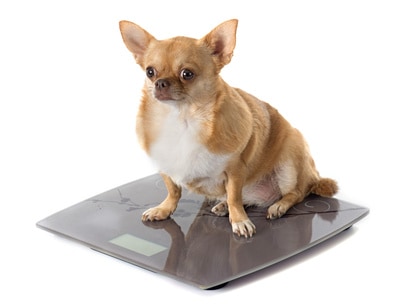 Chihuahuas are naturally tiny dogs and the smallest recognized pure breed in the world. It means even a slight difference in Chihuahua ideal weight can make a huge difference in the appearance and health of your pet. So, ask yourself this, “How Much Should a Chihuahua Weigh?” Because they’ve got such a delicate bone structure and large head, even half a pound of difference can make a chihuahua look painfully underweight or too fat.

How much should a Chihuahua weigh?

There’s a lot of variance about what people expect a Chihuahua should weigh, and the various kennel club standards around the world are surprisingly different on the subject.

According to the American Kennel Club, a chihuahua should weigh no more than 6 pounds, with no minimum weight requirement.

The British Kennel Club says a Chihuahua should weigh no more than 6 pounds, with a standard weight of 4 to 6 pounds as preferred.

The FCI, or Federation Cynologique Internationale, a worldwide club recognised in over 80 countries, expects a chihuahua to be between 3.3 and 6.61 pounds, with a minimum weight of 1.1 pounds. (The slightly stranger numbers are because they weigh dogs in kilos.)

The Canadian Kennel Club puts a minimum of 1 pound and a maximum of 6 pounds on chi’s, with a preferred weight of between 2 and 4 pounds.

So by looking down the list, it’s evident that the expected maximum weight for a Chihuahua is around 6 lbs. The minimum weights vary far more wildly, but around 3-4 lbs seem to be the chihuahua idea weight, with as small as 2 pounds looking acceptable.

Anything outside of this can be considered not normal for a chihuahua.

When you look at these numbers, you realise why it becomes hard to accurately answer the question of how much a Chihuahua should weigh. While the standard agreed upon weight variance is only 4 pounds, when you consider that an increase from 2 pounds to 6 pounds is a 200% increase in maximum weight. And, Chihuahua’s can vary hugely in size and bone structure. You can start to understand why it comes down to individual dogs and their body structure.

What can affect a Chihuahua’s weight? 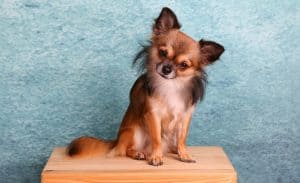 Height: Chihuahua can range in height from to 9 inches tall. Obviously, taller dogs will weigh more.

Body structure: Chihuahua have a different bond and body structures amongst the breed, with apple headed and deer headed types, as well as long and short haired, and differing bone structure and density. All of these can have a huge effect on a chi’s standard weight.

Muscle to the fat ratio: Chihuahua is naturally slim and sleek dogs. However, just like people, they can be naturally over and underweight, with different body frames across different dogs, even in the same litter.

Breeding practices: Sometimes, breeding smaller dogs can affect their survival rates, so a breeder might choose to intentionally breed slightly larger dogs so that they’re not so severely affected by the health problems that can affect smaller dogs.

Age: All dogs tend to gain a little weight as they get old. So, an old Chihuahua will naturally be heavy. Don’t worry so much if they put on half a pound or so.

Diet: This is the big one. Like any creature, a Chihuahua that overeats will put on weight, just like you would.

How much should a Chihuahua eat?

Chihuahua is surprisingly sensitive when it comes to diet and food. Firstly, there’s the consideration that smaller dogs can burn more calories than larger dogs, because of the difference in metabolism.

Chi’s are also susceptible to outside influences like chemical and toxin build ups, because of their tiny size and high metabolism, so you have to be very careful with what you feed your chi.

When you’re feeding your chi, there’s a specific, tried and tested schedule that you should stick to.

As for how much a Chihuahua eats, it’s entirely dependent on your dog, but they are a dog with a relatively high-calorie requirement. You’re typically looking at around 40 calories per pound of weight, and considering that most high-quality dog foods contain around 200 calories per cup of food, you can expect to be feeding your Chihuahua around 1 to 1-1/2 cups of food per day.

As always, if you’re worried about your pet, or need more specific advice for your particular dog, it’s best to see a licensed veterinarian.

Long story short, the chihuahua can have a massive variance in weight and size, so asking how much should a Chihuahua weight is a difficult question.

In the end, like most dogs, it depends on your pet in particular. While there is a lot of breed specific advice, you just need to pay careful attention to your dog and their needs.