When Can Newborn Puppies Go Outside?

Puppies might be one of the most adorable creatures in the world. It would be hard to resist the temptation of bringing them anywhere you go. But alas, you can only take pictures and upload them on the internet as their immune system won’t be able to take the outside world yet. So when can newborn puppies go outside?

This article will tackle that matter and why you shouldn’t separate the pups from their moms in any hurry. 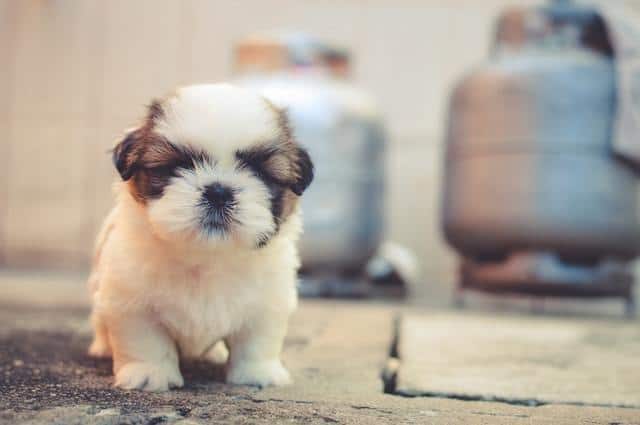 Can you bring your pup outside when they are newly born?

When can newborn puppies go outside?

There are quite a few experts that say four weeks is the prime time when you can start exposing your pups on the outside world. But some say it’s still a little too early for them. However, it is possible that you can start letting them out quite some time for their potty training and if you (or mama dog) have nurtured and cared for them well enough.

The antibodies they get from their mom’s milk will be enough to provide them with their first layer of protection against diseases. However, it may not be enough. That’s why you should keep these outside visits short.

A word of warning, though: don’t let them near other dogs during this time, except for their parents. That also means other pets you may have. And don’t let them wander far off. You can start bringing them out in your yard and be sure you’re there to monitor them.

This is also the time when they would act more like puppies – playful, energetic, and loud. But it’s also the best time to let them learn a few simple tricks that can be useful in the future.

Why should I avoid bringing the pups out?

Obviously, you can’t bring them out for the first few weeks. And that means no contact to the outside world yet. Some owners are actually bringing them out when they are just six days. It’s an absolute big no, especially when the weather is a little extreme.

Pups still have an underdeveloped immune system and it makes them prone to various diseases. Even when something doesn’t happen to them immediately doesn’t mean it won’t. Some types of diseases take a while to show and develop and these are often the most serious ones.

Don’t risk their lives, even when it’s just a few minutes in your front or backyard. A little patience goes a long way and your dog will have plenty of time to go out when they grow up.

When can my pups meet new friends? 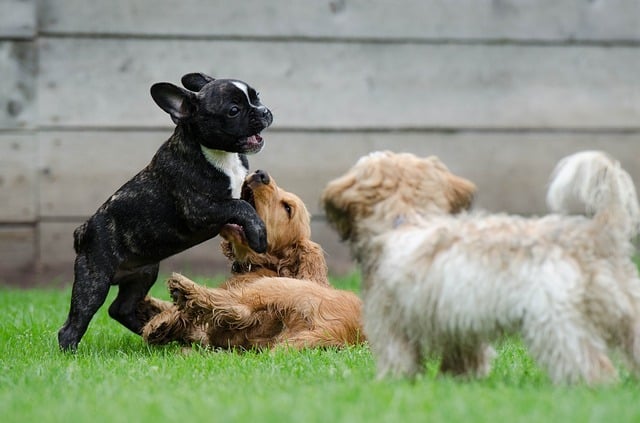 When your pup can be more independent, you can let them mingle with your other pets. They basically know the routine of your pups by now and dogs and even cats can pretty much understand how playful they can be.

Perhaps the best time to start is between 11 to 12 weeks. They have more strength and immunity to play with other dogs. Sometimes, they may even take on bigger dogs than them. Don’t worry and let them wrestle with their big brothers and sisters.

It’ll help them socially which is essential if you don’t want them to become reclusive and aggressive towards other dogs when they grow up.

Can I take them away from their moms?

At four to six weeks, you’ll be able to separate them with their moms more since this is their weaning stage. Even their moms would encourage them to explore on their own. However, the first few days and weeks will be a little tough, not just because your pups are still too weak. Most of the time, moms don’t like their children being taken away from them. This is most apparent on dogs that have strong maternal instincts.

And there’s also a reason why they need to stay by their mother’s side. Newborn puppies are blind and deaf for the first few days. They can even barely move on their own. Mothers guide their pups and help them with nursing.

They also can’t control their temperatures yet so mama dog keeps them warm. If your dog allows it, you can snuggle with your new pups from time to time. But it’s best to let them stay more with their moms.

So when can newborn puppies go outside? They’re able to go out when their immune system can take the outside world better. This is around four to six weeks. However, it’s best to let them meet other dogs and pets at around 11 to 12 weeks so you can guarantee they can take care of themselves. But of course, never forget to keep your eye on your precious little babies!