Because of their muscular build and formidable presence, it’s not hard to imagine a boxer becoming aggressive or violent. But will boxer dogs bite?

We’ve all heard stories of boxers and similarly sized dogs growling at or even attacking people and other animals. But don’t be quick to judge these easygoing dogs. Contrary to popular belief, boxers are actually friendly, gentle, and devoted creatures.

Are you considering adding a boxer to your household? Worried that he could bite or attack your family or other pets? Read on to learn more about the boxer, its temperament, and how to make sure yours doesn’t become a biter.

The boxer has a powerful body, huge jaws, and yes, a strong bite. But it’s also charming, outgoing, and affectionate. Pet owners are charmed by its expressive face, keen intelligence, and oddball sense of humor.

It’s partly this upbeat playfulness that makes boxers good family pets. These gentle giants are lively and silly companions. They exhibit some truly clownish antics that endear them to their owners.

Boxers are extremely loyal and get attached to their people. They’re also courageous and protective, taking their jobs as guard dogs seriously. Like other breeds, they can become aggressive when they sense that they or their owners are being threatened. 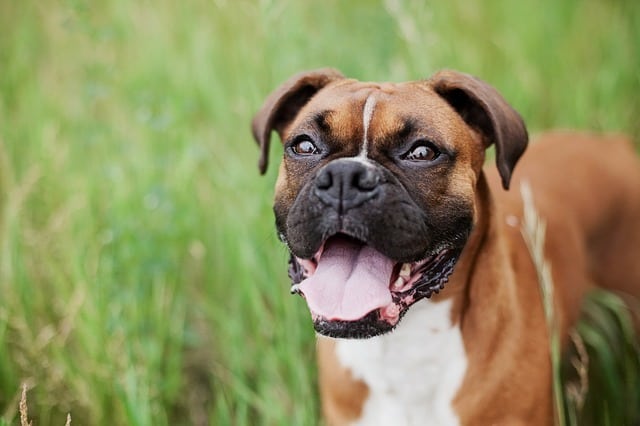 The American Kennel Club says that boxers don’t always like being around other dog breeds of the same sex. But they will generally tolerate other boxers of the opposite sex.

The boxer’s ancestors were trained to be hunting dogs. This is why the boxer is so active and playful. These dogs must be kept indoors or in a fenced-in yard because they will inevitably get lost chasing after small animals if allowed to run loose.

Boxers are innately intelligent and are quick problem solvers. These qualities enable them to work as search-and-rescue dogs, service dogs, and therapy dogs. Boxers also excel in obedience training and activities like herding and canine sports.

Boxers have strong jaws and a bite strength of 230 psi. They can certainly do considerable damage with that level of bite power. Luckily, boxers are also one of the friendliest dog breeds out there.

Some boxers turn aggressive because they were not properly socialized as puppies. They were not exposed enough to people and other animals and, thus, grew fearful.

A boxer can also develop aggression because the owner was unable to establish his dominance. In rare cases, boxers can become aggressive because of a thyroid issue or other medical problems.

With the exception of these cases, boxers generally don’t grow up to be biters. With proper training and early socialization, boxers make loyal and amiable companions.

Despite their history as hunters and their substantial physical power, boxers are gentle, calm, and even-tempered. They are patient and protective, which makes them suitable companions for children.

How to stop your boxer from biting 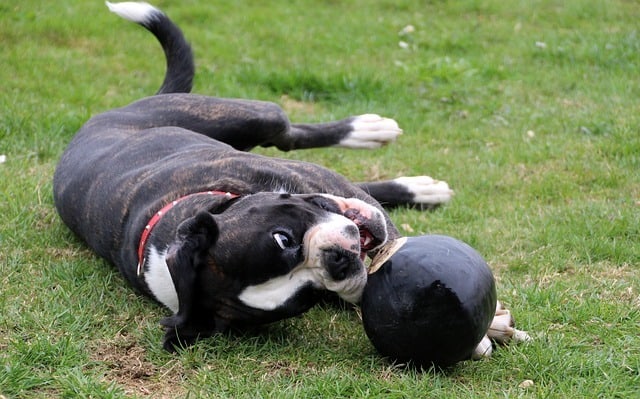 Boxers may look intimidating, but will boxer dogs bite? Not if they were trained and socialized properly. If you’re thinking of getting yourself a boxer, make sure you can provide a safe environment and can train him to stay calm and non-aggressive towards people and other pets.

1 thought on “Will Boxer Dogs Bite?”